My journey 6 months in… 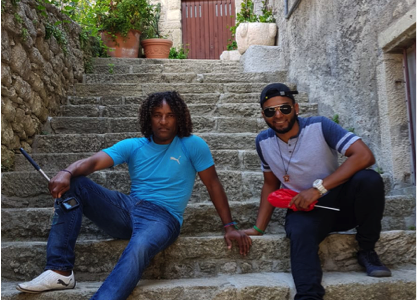 Hey CBP friends! Do yourself a solid and take 2 – 3 minutes to read this thoughtful, real, uncut, blog post from Luis Zayas aka Borcuia, a CBP student. It’s warm, a little fuzzy, and SO true! We couldn’t be happier he’s part of are capoeira fam!

Do you have a place where you feel more at home than in your own actual home? Where you go to take a break from all your worries. Where everyone knows your name and they’re always glad you came (I’m too young to be knowing the theme song to “Cheers”). CBP Orlando is my home academy ran by Mestre Lazaro where everyone who comes through the door is automatically treated like family. Visitors are greeted with hugs that are briefly followed by blood, sweat, and tears during class (Mestre Lazaro’s class is no joke), then at the end an energetic “roda” where everyone is encouraged to participate cause otherwise… what the heck are you there for? 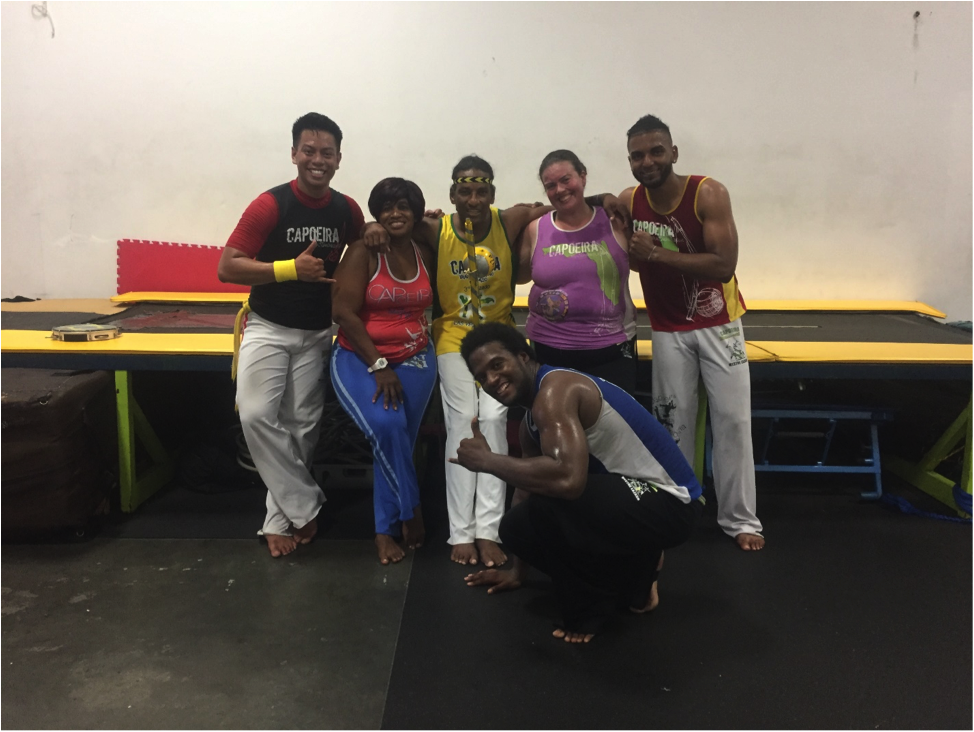 Our school is a branch of Capoeira Topazio ran by Mestre Dinho in Bahia, Brazil where Mestre Lazaro is from. It’s very practical yet still as intricate as any other style from any other school. We Ginga with closed fists, the game is usually very fast-paced (it’s Capoeira Regional after all), and there are a lot of acrobatic moves. Many of which I can’t perform yet, but I’m getting there. Acrobatics is a component of Capoeira which I was, and still am, terrified of! I was a chubby one growing up and even though I grew up playing sports like basketball, I was never athletically inclined. I never even thought of trying things like flips, cartwheels, or even handstands. It took me months of practicing on the wall just to get over my fear of being inverted in a handstand position. The worst-case scenario always plays in my head and it freezes me or stops me in the middle of any acrobatic movement. There have been plenty of times where we are practicing front flips on the trampoline in class when I jump and fall on my chest because I psych myself enough to try it and bail out once I’m in the air. I can imagine your laughter right now. Anyway, I’m slowly but surely getting over my fears since I can already hold a “bananeira” (that’s capoeira slang for handstand) and do my own contorted version of a front flip, but like I said… I’m getting there.

If there is such a thing as being fundamentally sound in Capoeira then I’d say CBP definitely emphasizes it. The reason I say that is because Capoeira is such an eccentric form of martial art that I don’t really know if there is a right or wrong way of doing things. For example, we ensure we cover our face most of the time, whether we’re doing ginga or we’re kicking, to ensure our face is protected from any incoming kicks, but I’ve seen capoeiristas from other schools keep their hands to their sides when they kick and it isn’t necessarily wrong. Hell, if anything it looks even more aesthetically pleasing to have your hands by your side. Yet, I get that protecting the face is priority because getting a meia lua to the side of the head isn’t really on my bucket list. Also, we don’t do a lot of movements on the floor and floreios are performed with a purpose.

Floreios are more for when we do shows for crowds which was another new, totally unexpected experience that I never thought I’d be a part of. 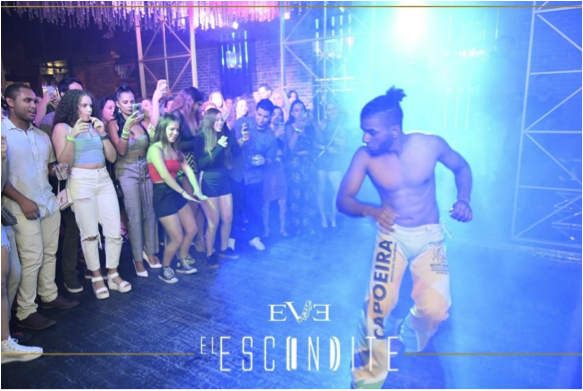 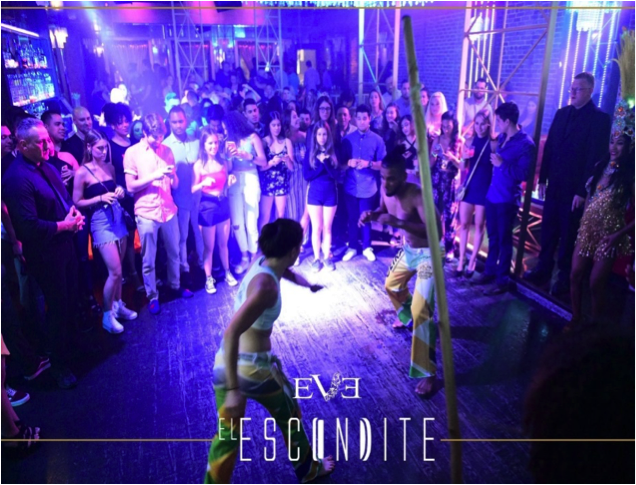 Genie was kind enough to spare my life in this game. Thanks, Genie!

CBP is where dreams come true for me. Ever since I joined I’ve traveled to Europe (an idea inspired by Mestre), been part of a show at a prestigious nightclub here in Orlando, and been inspired to create this blog. I might have found my pot of gold here! 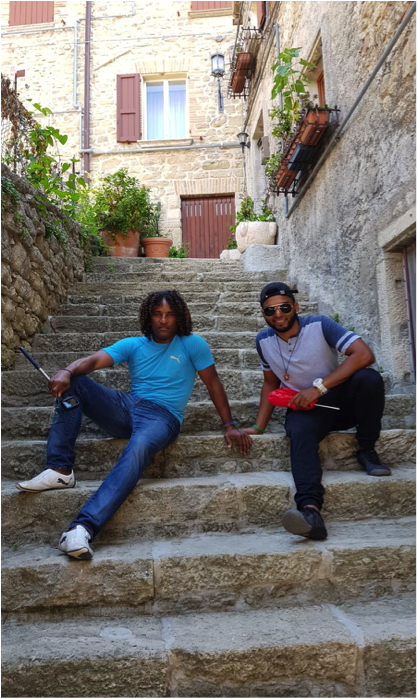 Aside from the wonderful things I’ve been able to accomplish thanks to CBP, I’ve learned a lot about life from Mestre. Mestre Lazaro emphasizes being yourself and following your own path both in Capoeira and in life. To him, and to many other capoeiristas I suppose, however you play in the roda is a direct reflection of how you live your life. If you’re hesitant in the roda, then you’ll be hesitant in life. If you’re trying to copy someone else’s game, then you’ll live your life trying to be someone you are not and that is a big “no-no”. It is not only encouraged to be yourself but to believe in yourself because if you don’t, then who will? Mestre believes in his students way more than they believe in themselves. He definitely has more faith in me than I do in myself. He believed in me enough to perform a show in front of a crowd and I don’t even have my first cordel, yet. When he told me I was doing a show with only two days of anticipation I freaked out! Thoughts like, “What are you going to do in front of that crowd? An armada?” and “What if you fall and make a fool out of yourself in front of all those people?”. Talk about self-sabotage! However, I was quickly encouraged by Mestre to believe in myself and to perform for myself, not for the crowd. He told me to go out there and have fun regardless of what happens and to believe in my abilities. The result? One of the coolest experiences of my life! The crowd loved it and I had a lot of fun! I can’t thank Mestre enough! 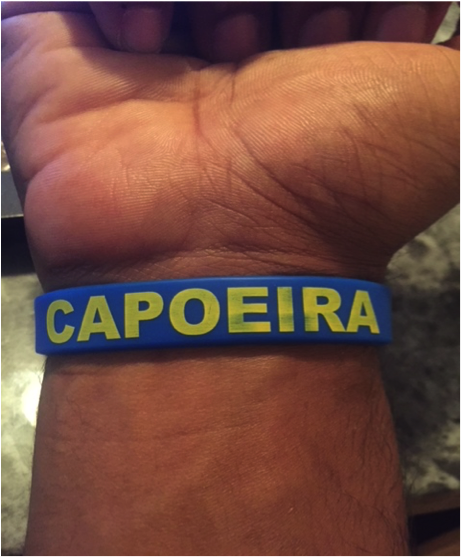 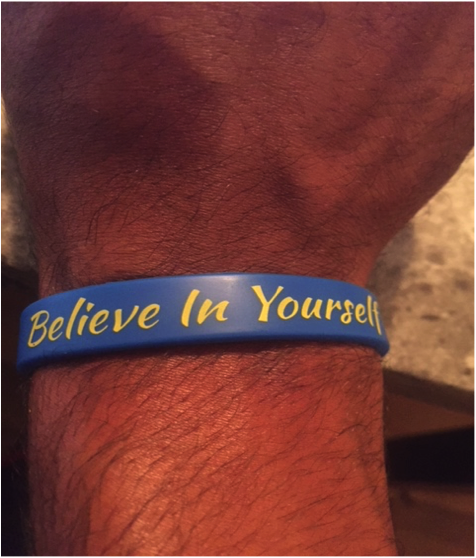 Another very important lesson that not only Mestre emphasizes but really the whole academy encourages is that family comes first. None of my fellow capoeiristas are my biological relatives, but blood couldn’t make us any closer. We hang out together after class, we go clubbing on weekends, we go traveling together, we are open to each other about anything that might be bothering us, and, most importantly, everyone has each other’s back. I love my family over at CBP! Wouldn’t trade them for anything! I really want to dedicate this blog site to them since they were the ones to spark the flame to illuminate this new journey that I’ve decided to embark upon.

« Quick Tips on How to Choose the Best Summer Camp for Your Child! Live Your Dream »